Traveling While Black and Lesbian

Khanyisa grew up in rural South Africa where she was raised by her grandparents; a prison cook and a poor priest. In spite of her poor upbringing, Khanyisa was able to graduate University with the help of her grandmother. It was during what she calls “the peak of her depression in 2009, that she was confronted with the reality of being an unemployable graduate. Khanyisa then decided to leave South Africa and start a career as an ESL teacher in South Korea. Additionally, her struggle with her sexuality that conflicted with her staunch Christian lifestyle became too much to endure.In Traveling While Black & Lesbian, Khanyisa takes us on a journey of how that decision impacted her life. We are visually transported to her life in Asia, Central America, The United States and SouthEast Asia. The memoir details her experiences as a traveling queer woman of color. 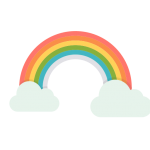